Mathematics includes the study of such topics as numbers formulas and related structures shapes and spaces in which they are contained and quantities and their changes .
Physics is the natural science that studies matter, its fundamental constituents, its motion and behavior through space and time, and the related entities of energy and force. 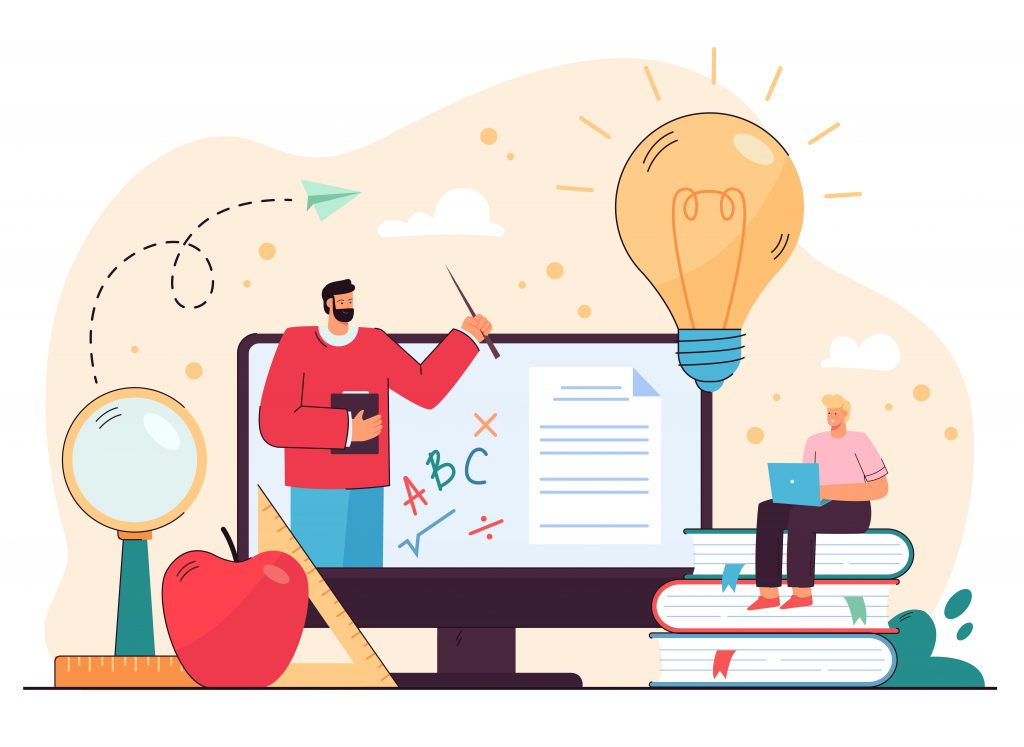 Mathematics (from Greek: μάθημα, máthēma, ‘knowledge, study, learning’) includes the study of such topics as numbers (arithmetic and number theory),formulas and related structures (algebra),shapes and spaces in which they are contained (geometry), and quantities and their changes (calculus and analysis). There is no general consensus about its exact scope or epistemological status.

Most of mathematical activity consists of discovering and proving (by pure reasoning) properties of abstract objects. These objects are either abstractions from nature (such as natural numbers or “a line”), or (in modern mathematics) abstract entities that are defined by their basic properties, called axioms. A proof consists of a succession of applications of some deductive rules to already known results, including previously proved theorems, axioms and (in case of abstraction from nature) some basic properties that are considered as true starting points of the theory under consideration. The result of a proof is called a theorem. Contrary to physical laws, the validity of a theorem (its truth) does not rely on any experimentation but on the correctness of its reasoning (though experimentation is often useful for discovering new theorems of interest).

Mathematics is widely used in science for modeling phenomena. This enables the extraction of quantitative predictions from experimental laws. For example, the movement of planets can be predicted with high accuracy using Newton’s law of gravitation combined with mathematical computation. The independence of mathematical truth from any experimentation implies that the accuracy of such predictions depends only on the adequacy of the model for describing the reality. So when some inaccurate predictions arise, it means that the model must be improved or changed, not that the mathematics is wrong. For example, the perihelion precession of Mercury cannot be explained by Newton’s law of gravitation, but is accurately explained by Einstein’s general relativity. This experimental validation of Einstein’s theory shows that Newton’s law of gravitation is only an approximation (which still is very accurate in everyday life).

Mathematics is essential in many fields, including natural sciences, engineering, medicine, finance, computer science and social sciences. Some areas of mathematics, such as statistics and game theory, are developed in direct correlation with their applications, and are often grouped under the name of applied mathematics. Other mathematical areas are developed independently from any application (and are therefore called pure mathematics), but practical applications are often discovered later.[8][9] A fitting example is the problem of integer factorization which goes back to Euclid but had no practical application before its use in the RSA cryptosystem (for the security of computer networks). Mathematics has been a human activity from as far back as written records exist. However, the concept of a “proof” and its associated “mathematical rigour” first appeared in Greek mathematics, most notably in Euclid’s Elements.[10] Mathematics developed at a relatively slow pace until the Renaissance, when algebra and infinitesimal calculus were added to arithmetic and geometry as main areas of mathematics. Since then the interaction between mathematical innovations and scientific discoveries have led to a rapid increase in the rate of mathematical discoveries. At the end of the 19th century, the foundational crisis of mathematics led to the systematization of the axiomatic method.

Shokofaandish Scientific-Research Complex has been able to benefit from an experienced and dynamic team,during several years of its effective and profitable activity, always in the field of providing.